The Deutsche Forschungsgemeinschaft DFG announced in November its intention to fund a research training group in Magdeburg. This Research Training Group (RTG, German: Graduiertenkolleg) will be located at the Fakultät für Mathematik, Otto-von-Guericke-Universität Magdeburg. The funding period is from April 1, 2017 until September 30, 2021. Check this webpage for more information.

As a follow-up to last year's ERC Consolidator Grant, on July 4, 2016, the ERC announced that an additional Proof of Consolidator Grant 2016 will be awarded to Sebastian. The host institution of this grant is the spin-off company mathe.medical GmbH. See this page for more details.

In June, Mirko Hahn has joined the group as a PhD student. He studied in Magdeburg, with a focus on numerics and optimization. He currently works with Sven Leyffer at Argonne National Labs on Mixed-integer PDE constrained optimization.

Patrick Lilienthal started to work on his Master thesis with a challenging topic in the intersection between medicine and mathematics: applying optimal experimental design to haematopoiesis, with a real clinical study.

However, last year's award for the cutest new face of the group saw two other competitors: Albert, Kai's son (born in May) and Tamara, Manuel's daughter (born in October). 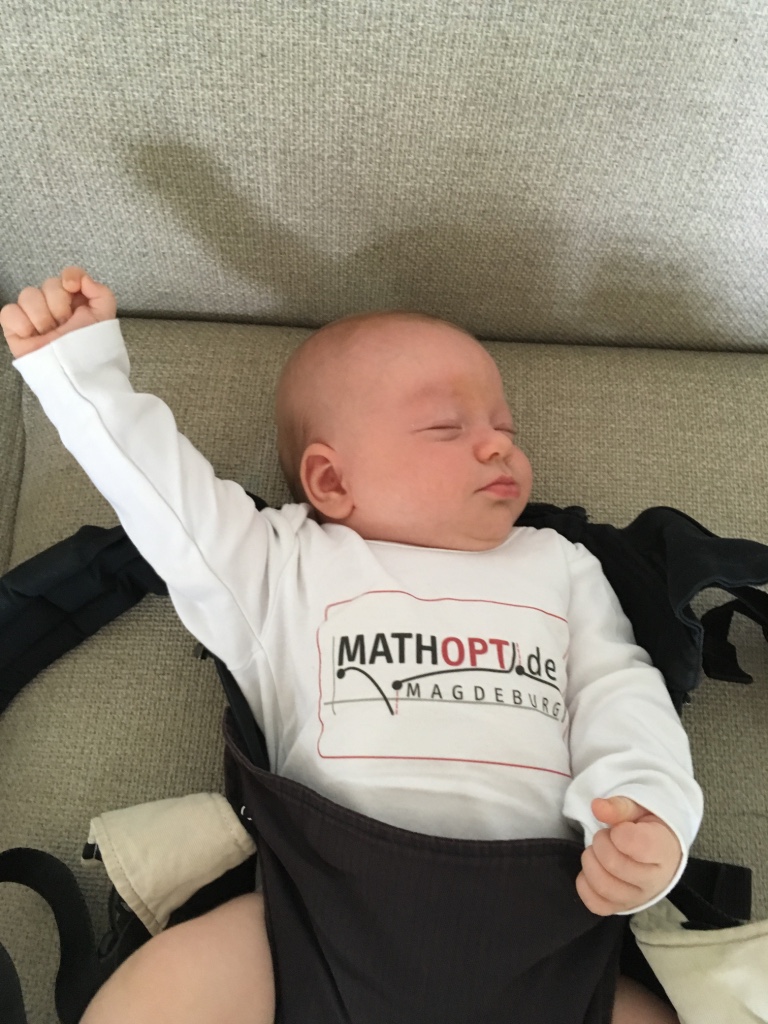 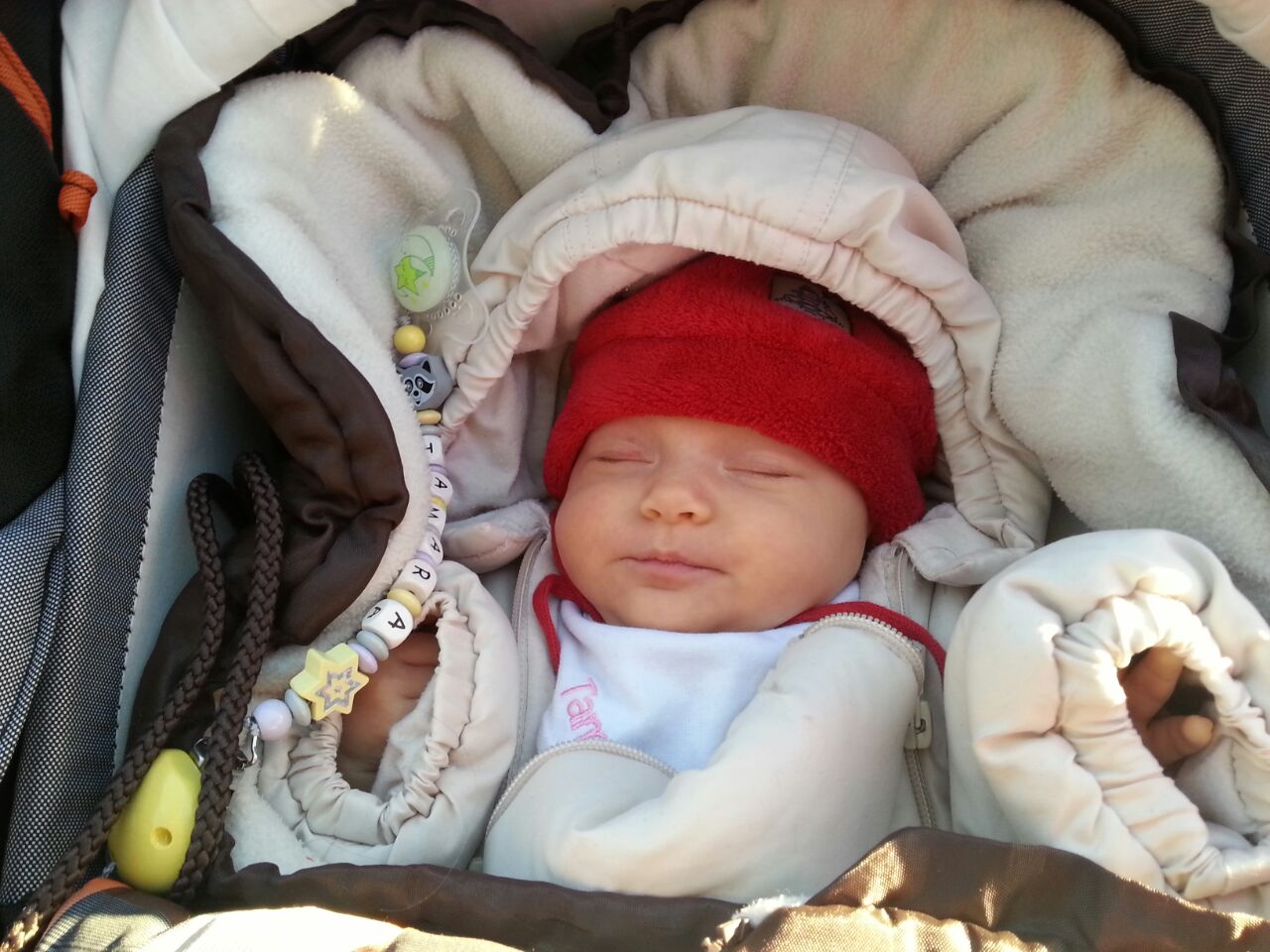 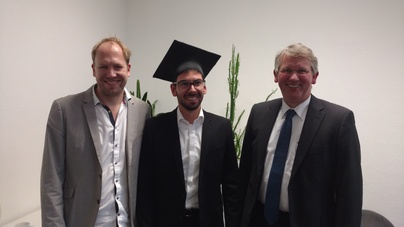 Stephan's thesis Optimization of Vehicular Traffic at Traffic-Light Controlled Intersections addressed the question if and how much time and fuel can be saved, if cars communicate with traffic lights. He developed mathematical models and clever algorithms to solve large optimization instances, and also implemented an optimization-driven controler in a prototpye car of Volkswagen. The obtained results of up to two thirds reduction are very encouraging to pursue this line of research, both for the car industry, as from a mathematical point of view. 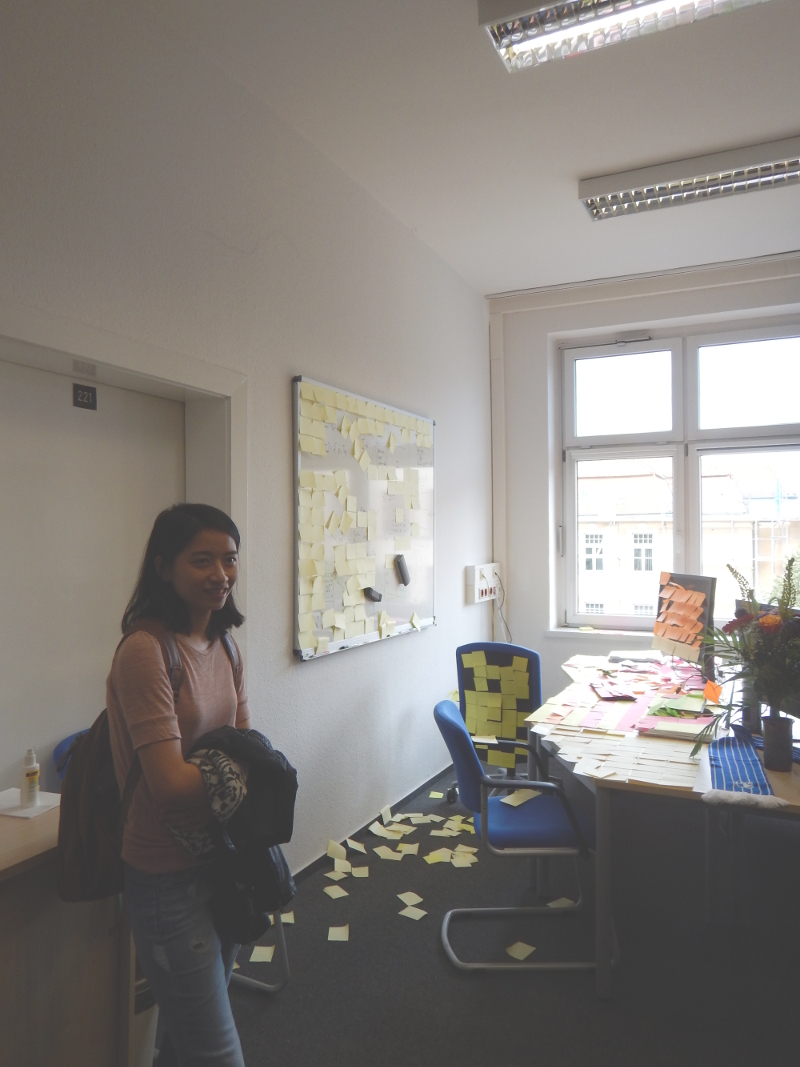 Thuy's thesis "Results on controllability and numerical approximation of the minimum time function" focuses on the unconstrained and constrained minimum time problems, in particular on regularity, numerical approximation, feedback and synthesis aspects. She provided sufficient conditions to steer to a given target every point of its suitable neighborhood along admissible trajectories of the system in finite time. She also proposed efficient approaches to computing the minimum time function approximately in different contexts and designed discrete, both open and closed loop, suboptimal controls together with trajectories. 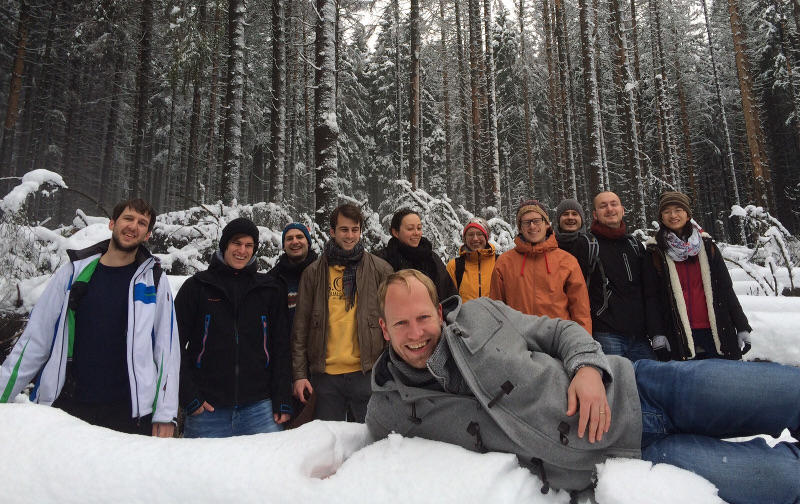 In January, the whole group had a MATHOPT retreat. Again we chose the beautiful village of Schierke (Harz) for our stay. As usual, most of the time was spent on the scientific exchange. Nevertheless we also used the close proximity to such a wonderful winter landscape and went hiking to the top of the Brocken. We came back with a whole lot of new ideas, more insight, and motivation to continue our research in optimization and control.

A second event in 2016 was an excursion to celebrate the defense of Thuy's PhD thesis. We visited Kristine in her home to have a nice barbecue together. We combined this with a visit of the 1. FC Magdeburg (the local soccer team) and a bicycle tour through the green areas of the city and the surrounding areas. 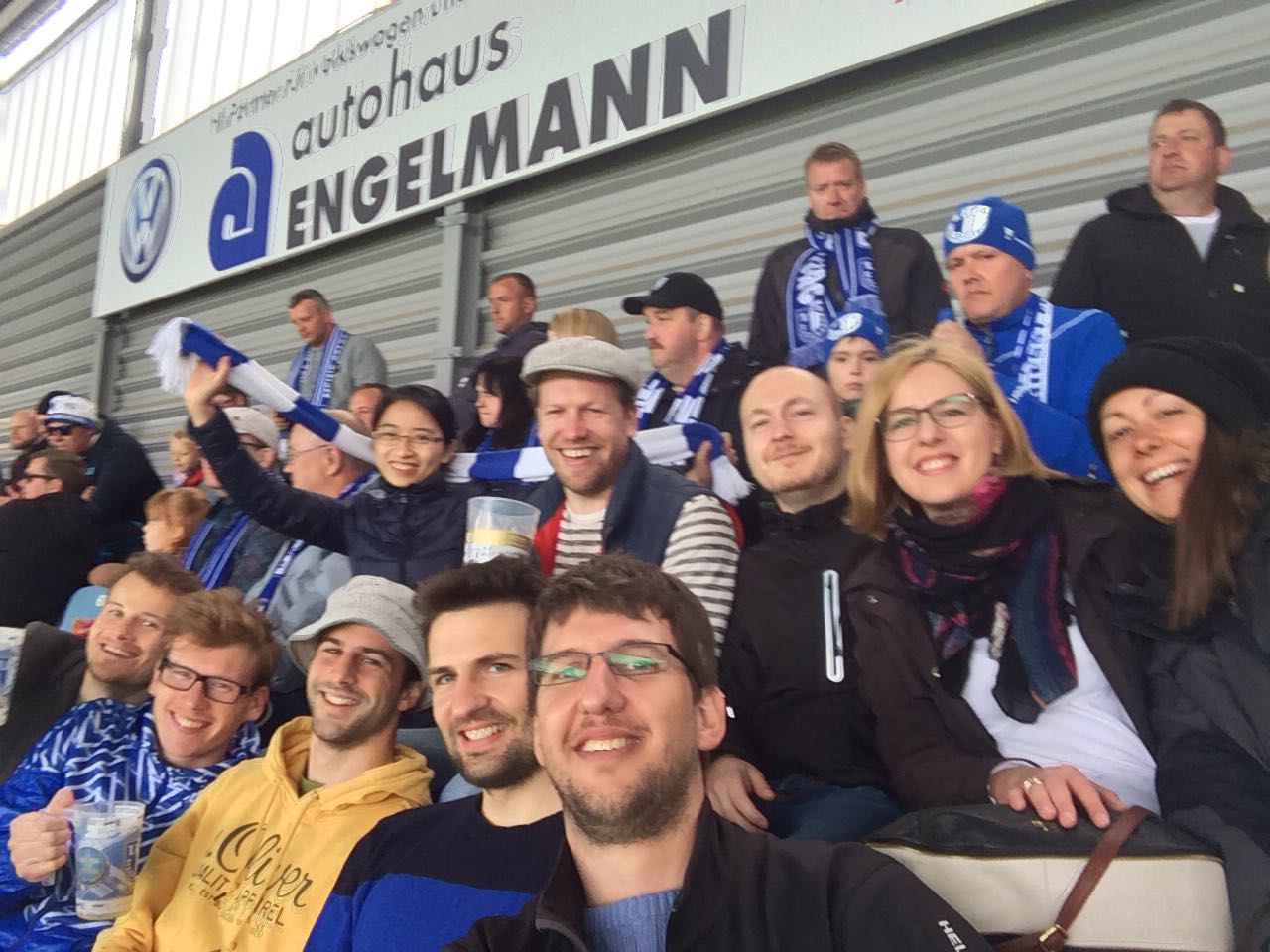 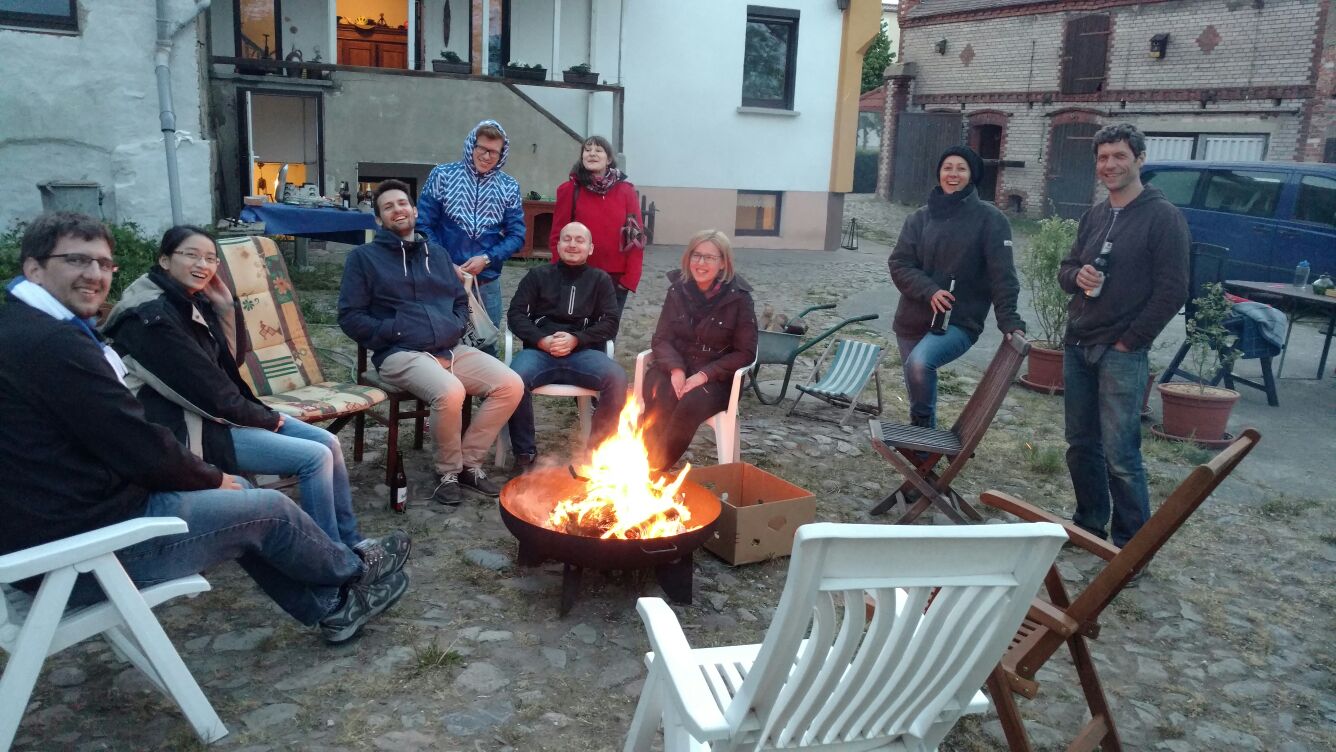 In 2016 the members of the MATHOPT group joined several conferences and presented new research results. The conferences with its participating group members and their presentation titles are listed below.

From June 8th to 13th, 2016, Clemens attended the conference Biomath in Blagoevgrad (Bulgaria). He gave the presentation Mathematical Cardiac Electrophysiology of Supraventricular Tachycardia .

Also in June (from June 12th to 15th), Manuel and Tobias organized the session Optimization in Clinical Practice at the INFORMS International Conference in Waikoloa (Hawaii). The presentations were called Optimizing The Individual Treatment Of Patients With Polycythemia Vera and Source Inversion For Cardiac Arrhythmia Using Graphs. 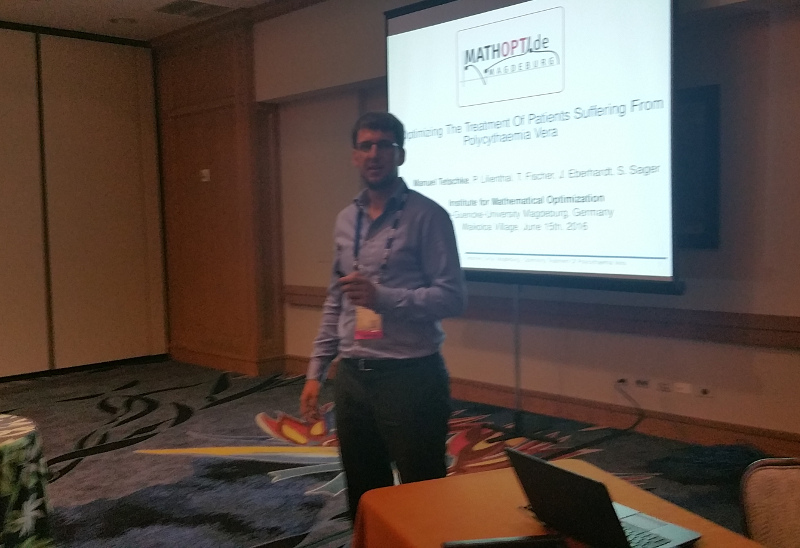 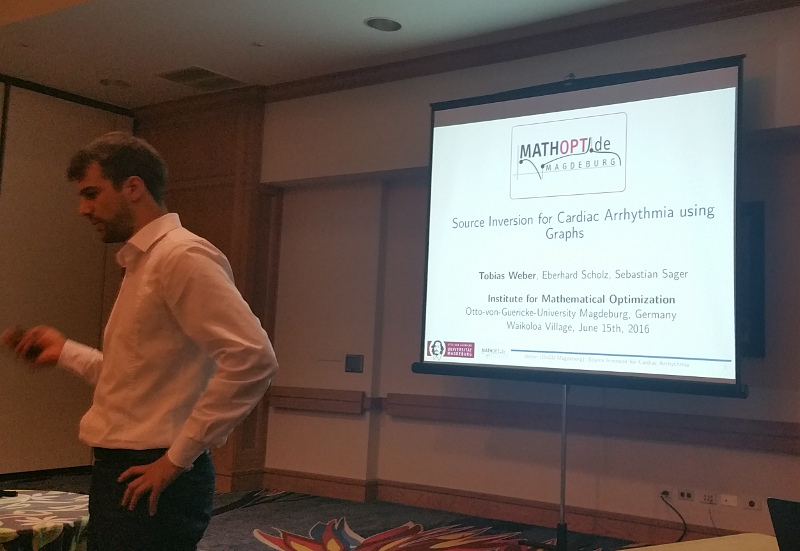 Felix and Clemens represented the group at the ICCOPT 2016 taking place in Tokyo, see the pictures below. In September, also Felix and Clemens attended the EUCCO 2016 in Leuven. At both conferences, they presented algorithms in Optimal Experimental Design respectively Mixed-Integer Optimal Control. 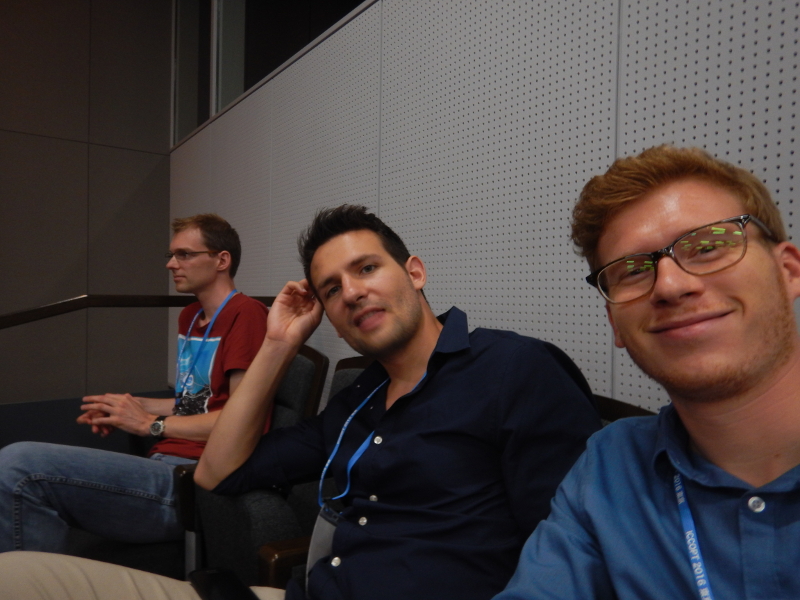 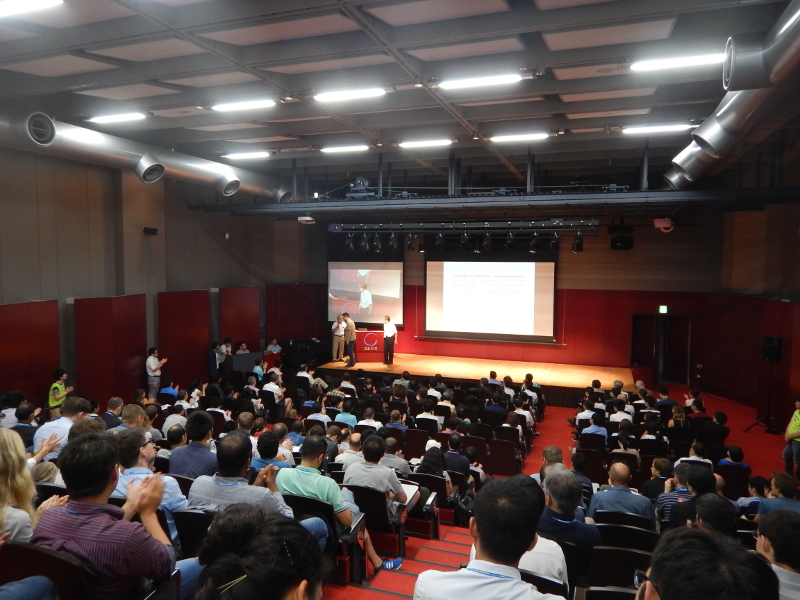 Aimed at stimulating discussion of researchers from different fields of study and fostering collaborations in the area of Systems Biology, the FOSBE 2016 took place in Magdeburg. The scientific program was hosted in the Johanniskirche, whereas the social program in terms of a conference dinner at the Herrenkrug Park Hotel and city tours complemented the conference days. From our group, Sebastian, Kristine, Thuy, Tobias, Felix, and Clemens participated. The following publications were accepted for publication in the conference proceedings: Furthermore, was accepted for the poster session.

Again, we organized this year's Mathenachtstraum. It took place in the Katharinenturm with special guest Albrecht Beutelspacher.